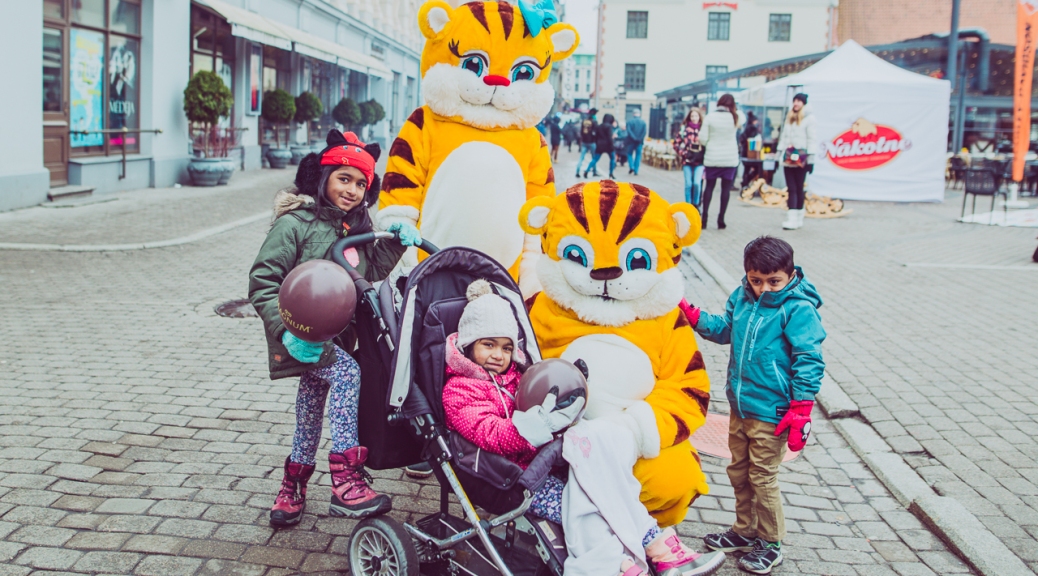 Our first cruise trip was to Helsinki, Finland with Vj’s parents this time, last year. It was cold, rainy and snowy, but we all were in an excited state and nothing stopped us from enjoying our time both on the cruise and at Helsinki.

Our second cruise trip was to Tallinn, Estonia with my parents. It was summer. The weather was perfect. My parents just loved sitting on the deck, watching the ship cruise through the Swedish archipelago and the Baltic Sea. So did I. The Old Town of Tallinn was picturesque and we had a wonderful time.

For this Easter, we decided to go on a cruise trip to Riga, the capital of Latvia. Our cruise ship’s name was Romantika by Tallink. 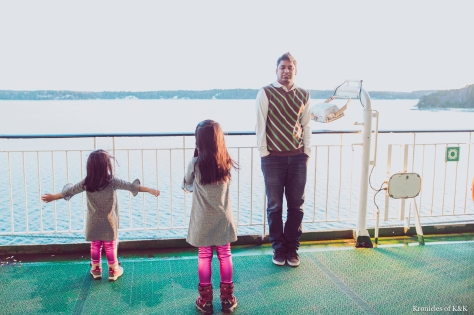 The evening we got on board was very chilly although it was bright and sunny. We could enjoy the views from the deck only briefly.

We spent the rest of the evening indoors.

The littles were in high spirits. They made the most of their journey.

From running through the maze-like corridors to getting their faces painted,

Sliding non-stop into the little ocean of plastic balls… 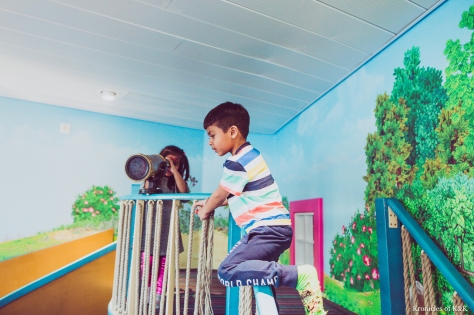 A little duty-free shopping, followed by a fabulous night of entertainment and dance at the theater…

My girls simply didn’t want to call it a day!

We had good sleep this night – cradled in the ship, rocked by the gentle ocean waves.

It was Easter morning! My little bunnies were up for another day of adventure!

We fuelled ourselves at the Latvian breakfast buffet.

We set foot on the ancient soil of Riga at 11 am and were welcomed by two massive navy ships.

Wherever we go, we try to explore the place on foot as much as possible. There is a lot we take notice of that way. One of the pros of cold weather is that no matter how much we walk, it never exhausts.

With just five hours on hand to look around the city, our friend Sam took over the role of a tour guide. With a map of the Old Town that had a list of must-see places marked out, he directed us.

Being Easter morning, we stopped by at the first church that caught our eye!

The gloomy skies, the cobbled streets and the old colourful buildings took us back in time.

St. Saviour’s Anglican Church was our next stop.

It is an active Anglican victorian gothic church that was build in the late 1850s. 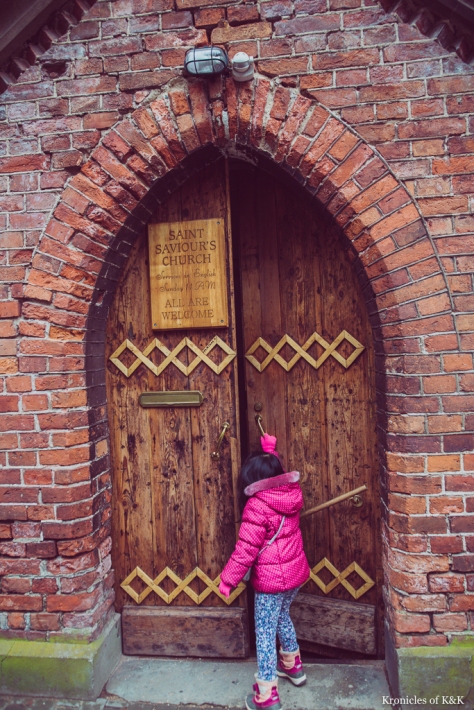 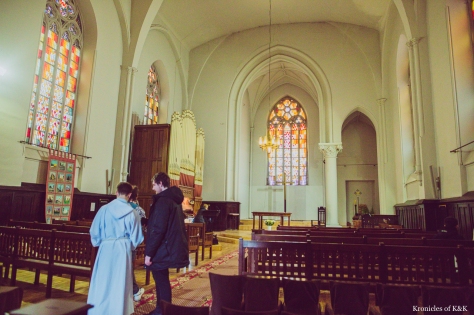 Amidst all the olden-day beauty, you cannot help but notice remnants of World War II! 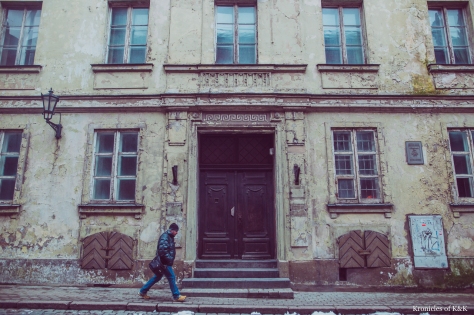 We arrived at a square that boasted of some iconic buildings.

There was a cool street gallery showcasing photographs of Latvian history and present day. 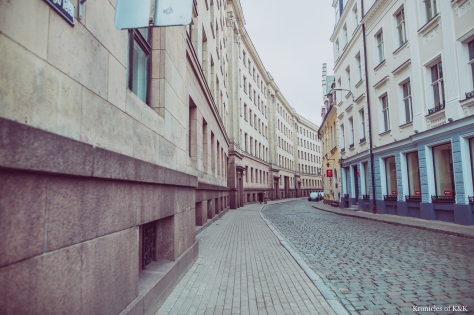 The Dome Square is lined up with cute cafe’s, restaurants…

and Latvian craft and souvenir stores.

As we walked through the busy streets,

We arrived at the Livu Square!

During World War II this quaint city was brutally bombed destroying most of its historic buildings!

The Livu Square stands as a testament of people’s resilience and new beginnings in the very place where there was once war-wrecked demolished buildings.

It is one of the happening squares in Riga.

The street food was enticing! 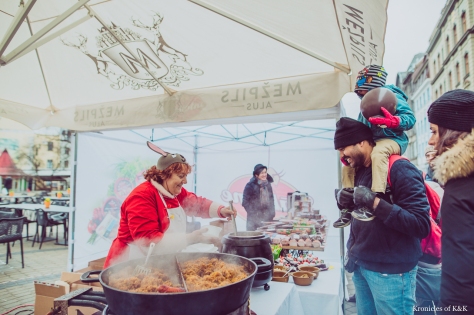 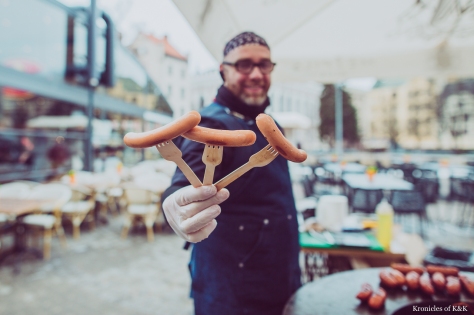 We enjoyed a bowl of hot traditional Latvian soup that was a mix of meat and veggies along with grilled sausages.

Amber, being the precious stone of the Baltic nations, we found Amber jewellery sold everywhere from posh fancy shops to street carts.

The fossilised tree resin, is a national cultural symbol and it dates back to ancient civilisations such as the Vikings. 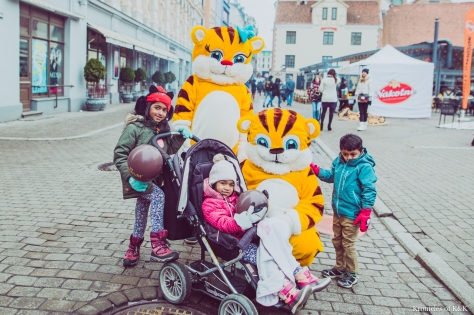 We found this massive swing in the middle of a road. There was a long queue and people were paying to swing on it. It looked like it was for some cause. But does anyone have any idea about it?

The tulips at the road side flower shop got me all excited about our visit to Keukenhof next month! 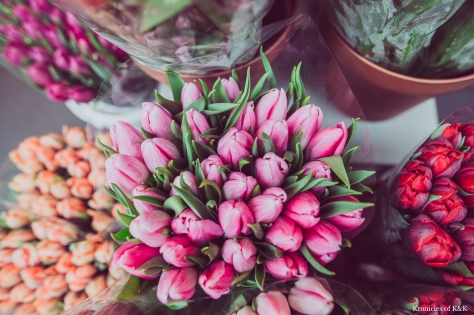 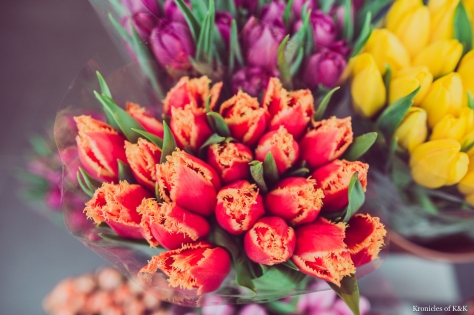 During the second half of our day, it got very cold and drizzly. Thankfully it was on and off and it did not inconvenience us much. 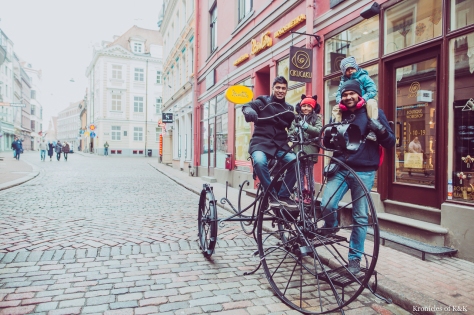 At the time of World War II, an estimated 12.5 per cent of Latvia’s population were killed. Undeterred, this Baltic nation has turned a new leaf and is an unstoppable force today.

Among its many technological advancements, one of the many things that Latvia boasts of is its fastest internet speeds, averaging 13.8MB/s.

The St. Peters Church is one of the most famous churches in Riga offering its visitors the best aerial view of the capital. It’s original gothic tower that was built in the 15th century is said to have been the highest wooden construction in the world, until a lightning struck it and it burned down in 1721.

Much of Riga’s architecture dates back to 1800 and 1900 and is well known for its Art Nouveau architecture, which fills the Old Town. It’s no wonder, that the Old Town has been designated as a UNESCO World Heritage Site for its architecture! 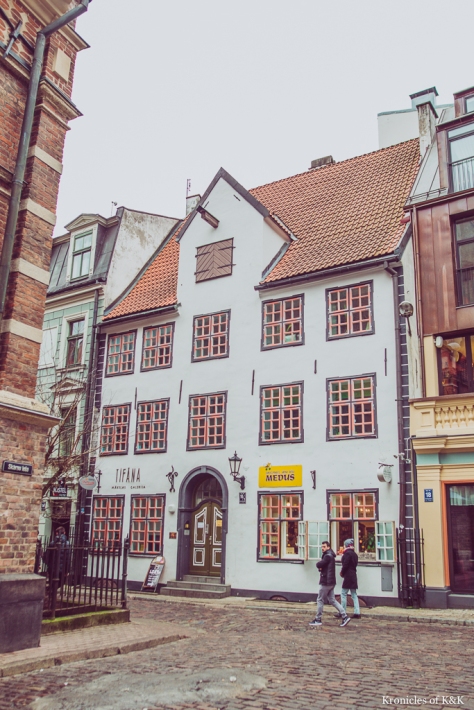 By now the drizzle had intensified into moderate rain. However, with an ice-cream in hand, nothing seemed to matter for my girls!

We checked our tourist map to see if we had covered all the must-sees. The House of Blackheads was left.

With only a little time left to get back on board our cruise, we zipped through the streets. There was so much history at every turn.

At the sight of each charming building, I wished I could stand for a few minutes and take in all its artistry.

We finally arrived at the House of the Blackheads. Built in 1334, this building has been the cultural hub through history. Currently it serves as the Latvian president’s temporary residence and also hosts exhibitions, concerts and popular events.

Another day. Another country. The first trip in 2018. I feel overwhelmed, thankful and blessed for this season in my life where I am getting to enjoy these adventures!

I would like to conclude with a famous Latvian potato joke –

Two Latvians look at a cloud. One sees a potato. Other sees an impossible dream. It’s the same cloud.

Like a Latvian, I am always thrilled at the sight of food and impossible dreams!

Hej! Hej! I am Michelle, mom of Kaity and Krissy. As much as I enjoy being a mother, I enjoy documenting our life on this blog – moments I cherish, conversations I treasure, life lessons I learn from my girls and the lessons I would like them to remember as they grow, our travels, adventures along the way and my journey as I follow my heart & passion in photography! Welcome to our world!