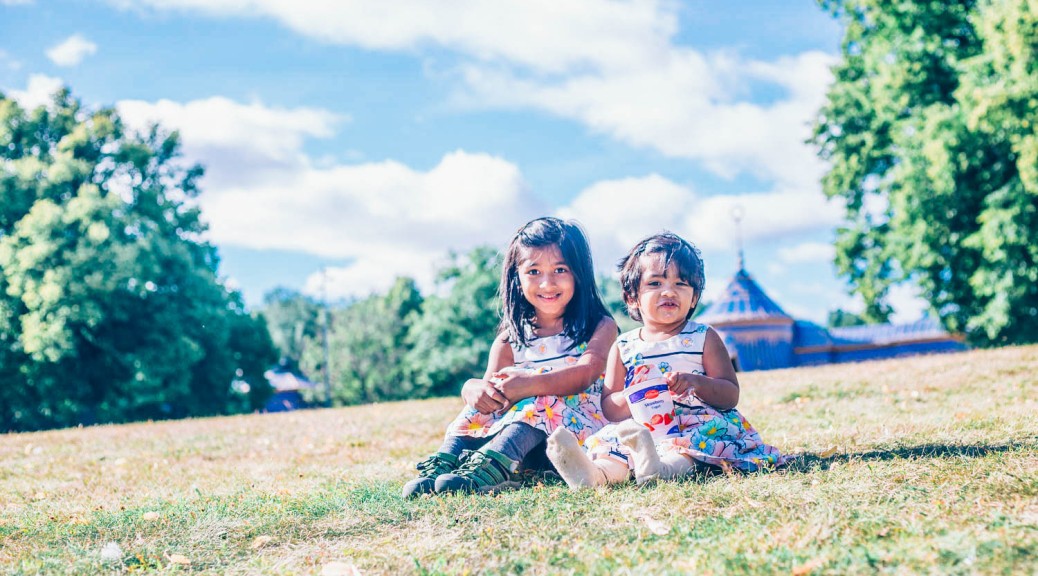 After five continuous days of gloomy weather, the sun showed up on Tuesday! Since our first commute by public transport turned out to be a success, the girls and I, determined to make the most of the sunshine, ventured further away to explore a very picturesque royal ‘English Park’ – the Haga Park!

Initiated by Gustav III in the 1700s  in the northern tip of Stockholm, this ‘Gustavian Park’ boasts of an English landscape – vast grassy fields, winding walkways through wooded forests, a lake and some gorgeous historical buildings!

Our first stop was at the peculiar Koppartälten!

The Koppartälten was built in 1787 for Gustav III’s personal guard as copper tent barracks. Today it encloses the Haga Park Museum, a cafe and a restaurant!

The museum showcases everything you need to know about the park – paintings, maps, mini models of the palace and interesting royal artifacts!

While Krissy slept through the bus ride and our museum visit, KT was super hungry. Being a major fan of the English Cartoons ‘Ben & Holly’s Little Kingdom’ and ‘Peppa Pig’, KT loves the concept of picnic lunch at parks. So we did just that – a picnic lunch!

Just when we wound up our picnic, Krissy woke up. We took a stroll north of the park. There were beautiful little cabanas where tourists can relax and snack. So Krissy had her lunch in one of those!

The surrounding landscape was totally breathtaking!

We rambled our way back to the lawn. I must say the sun never felt that good ever! The girls ran the length and breath of the vast expanse of greenery and ate yogurt!

Downhill was the Brunnsviken lake that is home to geese and other water birds. When the girls began to feed them bread crumbs, they swarmed them.

Along the lake is the Upper Haga!

Built between 1788 and 1789, the Upper Haga has three public rooms, a number of guest rooms and a coach house. Unfortunately it was closed and we could only get a sneak peek at its grand interiors between the curtains!

Right Opposite to it is the Temple of Echo!

King Gustav III loved to dine alfresco and this was his fancy summer dining room!

By now it was past six in the evening. We had seen only half the park. But it was time to head back home. However, before that I HAD to take pics of my girls on this majestic cutout tree!

I can’t wait to get back here to experience the rest of Haga’s royal pedigree!

7 thoughts on “K&K at Hagaparken, Stockholm”